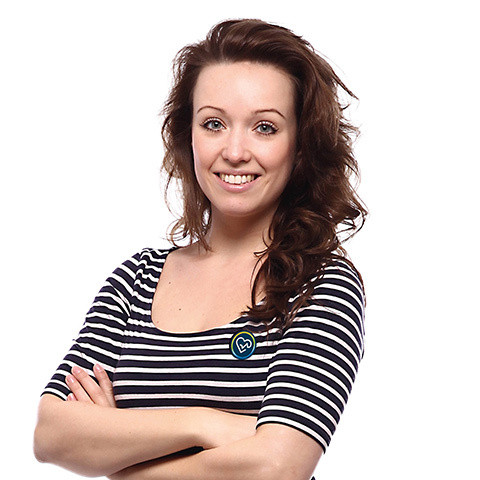 Patients with multiple sclerosis live on average 4 years longer than 10 years ago.

Multiple sclerosis (MS) is a chronic inflammatory autoimmune disease of the central nervous system. It mostly affects young adults, more commonly women. Prior to the arrival of the first biologicals at the end of the last century, MS had led to disability and the premature death of most patients. New medicinal products help slow the progression of the disease and many patients can live a (practically) normal life.

About 2.5 million patients worldwide suffer from multiple sclerosis. In our country, there are approximately 17,000 patients. The disease is caused by a defective reaction of the immune system that first affects the myelin sheath of nerve fibers, later the nerve fibers themselves, and finally the nerve cells. The cause of the disease is unknown, some genetic differences have been proven, it could be caused by the Epstein-Barr virus in adult age, vitamin D deficiency, microbiome composition and other factors. Smoking and an unhealthy diet aggravate the disease. MS patients also often suffer from depression.

Although there are several types of MS, the progress of the disease is different in every patient and cannot be reliably predicted. Some patients experience only one attack (a period with symptoms) and are healthy for the rest of their life, while others experience a rapid progression of the disease that ends with disability (primarily progressive MS). Most often, however, a period with symptoms is followed by a variously long period of relative calm. In the course of time, however, there is a loss of brain tissue and from a certain stage (over various lengths of time) the patient's condition constantly deteriorates.

The goal of the treatment is to prolong the time before MS starts deteriorating. Physicians try to achieve No Evidence of Disease Activity (NEDA), which means: no symptoms, no worsened magnetic resonance findings, no worsened neurological findings (no disability progression) and no loss of brain tissue.

In the Czech Republic, multiple sclerosis is treated in highly specialized centers. In recent years, the time from the onset of the first symptoms to the start of treatment has been reduced significantly (from several years to weeks). Thanks to early treatment the disease progresses more slowly and, despite increasing prevalence, the number of deaths caused by MS is more or less the same.

In recent years, patients and their physicians have also been able to proactively make decisions about treatment. If appropriate (indicated), medications can be administered by injection or in pills. However, not all medications are suitable for all patients. Moreover, for the past ten years, physicians have been able to change a medication in the case that the so-called first-line therapy stops working. This is because highly effective medicinal products and treatment strategies have already been developed.

„ighly innovative medicinal products represent a breakthrough in patients’ prognosis. A total of 40 medicinal products are currently being developed, not only for the primarily progressive form, but also for the higher stages of the disease. Moreover, medicinal products that are to “repair” damaged nerve fibers and their sheaths are being researched,“ says Jakub Dvořáček, MHA, executive director of the Association of Innovative Pharmaceutical Industry (AIFP).

With the increasing number of successfully treated patients, the number and length of hospitalizations decreases. „The increased percentage of hospitalizations shorter than one week significantly relieves both hospitals and the healthcare system. Hospitalization savings for the years 2010-2017 amount to 560 million Czech Crowns,“ adds Dvořáček.

Sure, treatment with highly innovative medicinal products is expensive but it helps to increase the number of years during which patients with MS are able to work. They then pay into the healthcare system (taxes) instead of receiving disability pension and social benefits. In 2018, the taxes paid to the state by patients were 640 million Czech Crowns higher than in 2013. The total wages of patients in 2018 were 2.4 billion Czech Crowns higher than 5 years ago.

SAVINGS
on pensions and shorter hospitalization (2010–2017)
CZK 0 million
ABILITY TO WORK
The percentage of patients under 65 who receive biological treatment and are able to work
0.1 % 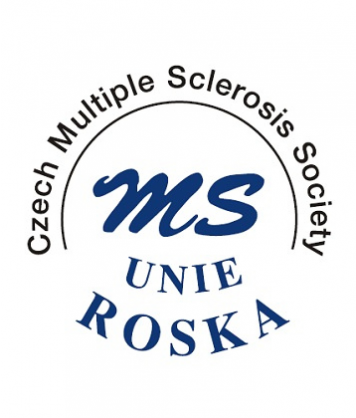 Innovative treatment has a profound impact on MS patients, especially on newly diagnosed patients. Thanks to Government Regulation 307/2012 of Coll., on local and temporal availability of health services, they must start their biological treatment within 4 weeks. This means that it does not depend on the number and frequency of MS attacks, as is the case of patients diagnosed before this Regulation came into force.

MS is a disease of young people in particular. The disease usually starts at the age of 20–40, i.e. when young people are starting their professional career and a family and should be at their peak. One cannot usually recognize MS patients if they have access to innovative treatment. They work, do sports, have children. They are fortunate enough to live an “ordinary” life as healthy people. But it does not mean that they have no health problems, they just may not be visible.

There is a large group of patients diagnosed with MS many years ago when biological treatment was not yet available. Since our patient organization has been helping patients with MS for 27 years, many of these patients are our members. They have not been so fortunate. Their musculoskeletal system is considerably affected. They also have other problems associated with older age. They must not be forgotten by our society either. 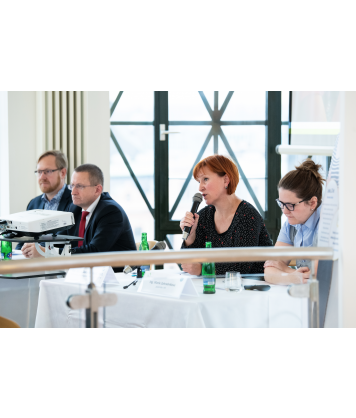 Materials from the press conference of the Association of Innovative Pharmaceutical Industry on "Multiple Sclerosis Yesterday and Today: Major Progress in Treatment" held on 5 December 2019.